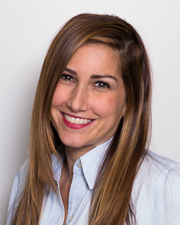 Sarine A. Abrahamian is an equity partner at Orbach Huff & Henderson. Sarine focuses on public agency real property acquisition, disposition, leasing, consolidation and monetization, with a focus on public/private development projects. She also counsels numerous school board and board-appointed committees and has expertise in business and procurement matters, Brown Act, conflict of interest and Public Record Act matters.

Sarine grew up in Sierra Leone, West Africa and is of Armenian descent. She is fluent in Armenian and Krio (Sierra Leonean dialect).

Sarine is very involved in a number of community organizations and has mentored young people, and in particular young women, who are interested in pursuing legal careers.