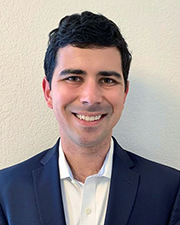 Chris R. Creech is an associate at Orbach Huff & Henderson and has a long history of success in complex litigation matters. Chris represents various local and state public entities including cities, counties, special districts, and school districts in a wide range of matters including civil rights, disability access and discrimination, and employment.

Chris has also counseled cities, counties, and other public entities prior to and in the wake of litigation in a wide range of matters including compliance with the Brown Act, Public Records Act, and various environmental laws such as the California Environmental Quality Act (CEQA), the Porter-Cologne Act, and the Clean Water Act.

Chris previously served as a Deputy City Attorney for the City of San Jose, providing counsel and representation in eminent domain, public works and labor dispute matters, as well as the full gamut of personal injury, regulatory, contract, and constitutional cases faced by the City on a daily basis. He also criminally prosecuted violations of the municipal code and protected neighborhoods against drugs, gangs, blight, and other nuisances through administrative action, civil abatement, receivership, and unfair business practices actions.

Chris is admitted to the California State Bar to practice in all state courts, and is also admitted to practice before the United States District Court for the Central, Southern, Northern and Eastern Districts of California.